Archuleta was born in Miami, Florida, to Jeff Archuleta and Lupe Marie Mayorga, a salsa singer and dancer from Honduras; in spite of this, he speaks very little SpanishArchuleta has four siblings. His family moved to the Salt Lake City suburb of Sandy when he was six. He now lives in Murray where he attended Murray High School and is a member of The Church of Jesus Christ of Latter-day Saints and the Boy Scouts of America.
Archuleta started singing at the age of six, inspired by a Les Misérables video. "That musical is what started all of this", he said.[18] He started performing publicly at age ten when he participated in the Utah Talent Competition, singing "I Will Always Love You" by Dolly Parton; he received a standing ovation and won the Child Division.

His real name is David James Archuleta . he was born  on December 28 1990 . He is an American pop singer-songwriter. At ten years old he won the children's division of the Utah Talent Competition leading to other television singing appearances. When he was twelve years old, Archuleta became the Junior Vocal Champion on Star Search 2. In 2007, at sixteen years old, he became one of the youngest contestants on the seventh season of American Idol.In May 2008 he finished as the runner-up, receiving 44 percent of over 97 million votes.

In August 2008 Archuleta released "Crush," the first single from his self-titled debut album. The album, released two months later, debuted at number two on the Billboard 200 chart; it has sold over 750,000 copies in the U.S. and over 900,000 Worldwide. In October 2010 he released a second album, The Other Side of Down featuring lead single "Something 'Bout Love".

2003–06 : Star Search and musical beginnings
In 2003, when he was twelve years old, Archuleta sang on several episodes of the television show Star Search. He ended up as the Junior Vocal Champion on Star Search 2, Losing the Junior Grand Champion title to Tiffany Evans. On one episode, he sang against then-11-year-old Alexandréa Lushington, who became a "top 20" semi-finalist on American Idol alongside Archuleta. Around the second year of being on Star Search he started focusing on the lyrics, "I didn't even pay attention to the lyrics when I was 12, 13".
Archuleta's competing on Star Search was preceded by an appearance on The Jenny Jones Show, meeting the finalists from American Idol's first season, for whom he performed a spontaneous a cappella rendition of "And I Am Telling You I'm Not Going" from Dreamgirls, and received praise from Season 1 winner Kelly Clarkson., and led to appearances on CBS' The Early Show, The year after Star Search he found out he had partial vocal paralysis but declined risky surgery and has said he feels he is almost fully recovered. He limited his singing for specific occasions like Stadium of Fire, the Independence Day celebration at Brigham Young University Stadium.
Archuleta made initial attempts at songwriting and arranging music after his Star Search experience and has written at least three songs. His first singles in 2002 included "Dream Sky High" and "Don't Tell Me"
He later recorded two songs written and composed by Merrick Christensen as a featured artist for the small demo titled Fear vs. Faith. It is available on iTunes.
[edit]2007–08: American Idol and David Archuleta
Archuleta received his ticket to the Hollywood final auditions at the San Diego tryouts – held at Qualcomm Stadium at the end of July 2007 – with a performance of John Mayer's "Waiting on the World to Change" with judge Randy Jackson spontaneously joining in to sing the background "waiting" in the song. He was sixteen during the Hollywood auditions and attended school while a part of American Idol's seventh season. His parents were there because he was a minor. Archuleta also took advantage of the decision to allow contestants to play musical instruments when he accompanied himself on piano for his performances of "Crazy", "Another Day in Paradise", and "Angels".
During the 1970s themed week Archuleta sang the John Lennon song "Imagine", omitting the earlier verses in favor of the last one. Los Angeles Times columnist Ann Powers speculated that he wanted to avoid singing "no religion too" because of his faith. "As a Mormon, he's unlikely to espouse the song's agnostic ideal," she wrote. However, he did sing the entire song on Good Things Utah when he was thirteen. When asked by judge Randy Jackson why he didn't sing the first verse, Archuleta said the third verse was his favorite because it has "a great message."
After his performance of "We Can Work It Out", which judge Simon Cowell called "a mess", Entertainment Tonight reported that Archuleta was feeling pressure from his father, Jeff Archuleta, who "reportedly yelled at" his son after a recording session the previous night. Jeff Archuleta, in an interview with Us Weekly, denied the claim.] A May 2008 Associated Press article reported that Jeff Archuleta had his son add a lyric from the Sean Kingston song "Beautiful Girls" into an interpretation of "Stand by Me" (from which "Beautiful Girls" samples its bass line), increasing the costs for licensing, and that this had resulted in Jeff Archuleta being banned from American Idol backstage rehearsals Archuleta defended his father calling him "a great guy" who keeps him grounded.
During the Top 7 results show, the contestants were split into two groups. In one group was Syesha Mercado, Brooke White, and Kristy Lee Cook. In the other group was David Cook, Carly Smithson, and Jason Castro. Archuleta was the only one not sorted into a group. He was declared safe after the groups were formed, then was asked to choose the group he thought was safe. He refused, and sat down on the floor of the stage, much like Melinda Doolittle had done the previous season.
In the finale he sang "Don't Let the Sun Go Down on Me", "In This Moment" and "Imagine". Judge Simon Cowell declared that Archuleta won the evening and even David Cook, who ultimately won, thought Archuleta would win: "I have to concede it, the kid came out all three songs and nailed it", said Cook. In the final tally, Archuleta received 44 percent of the votes. During the finale show, identical commercials featuring Archuleta and fellow finalist Cook mimicked the Tom Cruise scene from Risky Business where he dances in his underwear playing an air guitar; they were promoting the game franchise Guitar Hero. 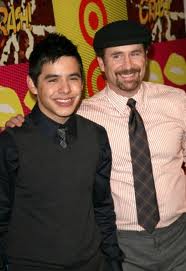 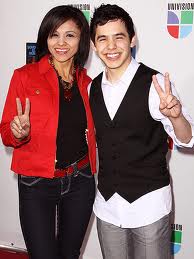 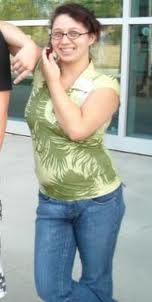 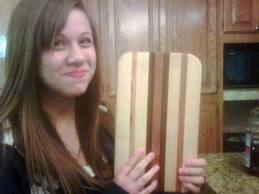 Archuleta's mother is from Honduras, and much of the music he listened to as a child was Latin-influenced including watching his mom sing at events with her sisters. She also "was big on dancing" according to Archuleta, and would "make" him dance to traditional music with his older sister. He also listened to jazz music, he said, from his father's collection as well as gospel, pop, rock and "soulful music." In a later interview, he revealed that his father was a jazz musician. Archuleta also said he enjoys Broadway musicals.
On his American Idol "Fast Facts" page, Archuleta cited his musical influences as Natalie Cole, Stevie Wonder, Kirk Franklin and Bryan Adams. Like Elliott Yamin and another singer he admires, John Mayer, Archuleta tries to infuse his pop selections with a soulful vibe. In a Seventeen interview he cites Sara Bareilles as a clever singer-songwriter whom he looks up to.

It's really crazy, because it's like you've just been working. You know, you go out on stage every week and come back and rehearse and rehearse and then just all these people, out of nowhere, are like 'David!' and stuff. It's like, 'How do you know my name?' It's just bizarre, because it doesn't seem real that so many people would freak out. 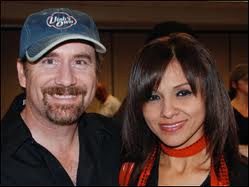 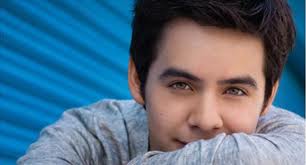 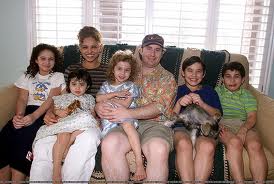 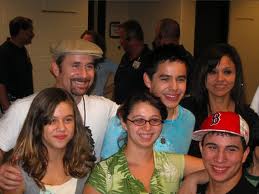 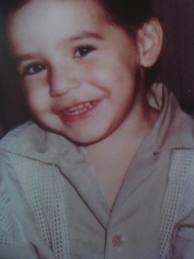 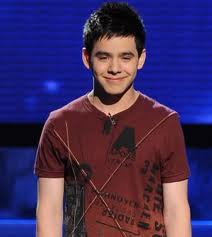 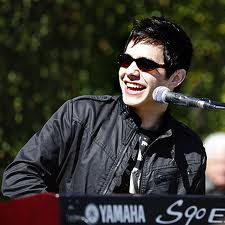 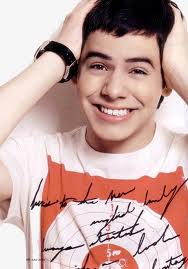 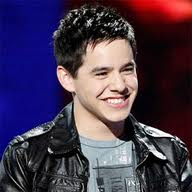 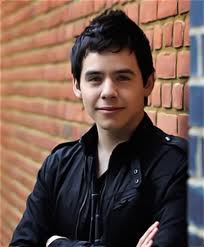 idk why i love to see him in this picca :) 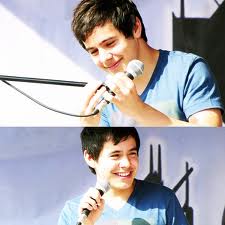 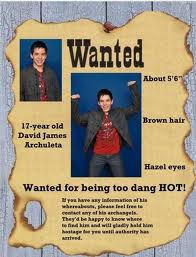 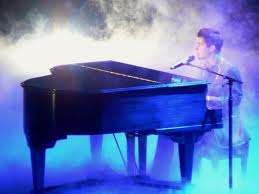 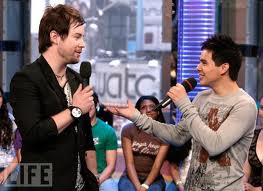 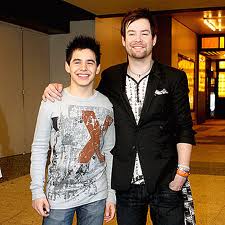 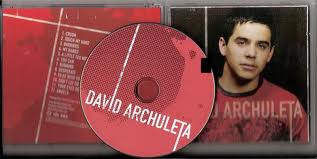 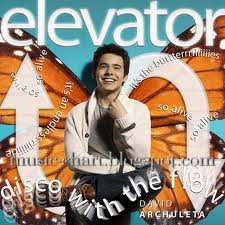 I'm Fatin Bella - a Malaysia lifestyle blogger who passionate at Dance, Sing, Travel, and Beauty. This blog is a place where I want to share all the things I love to you!